The Rise of Digital Marketing

The rise of digital medium has affected most aspects of our lives, it is no wonder that everyone wants to capture a piece of this shiny new opportunity. And they are not wrong, digital marketing is indeed powerful and most of us have largely benefited from it. There are tons of channels which digital marketing has opened up for marketers to connect with their customers. But alongside this narrative, a notion has developed that digital marketing will replace the traditional form of offline marketing. Which is true, but only to an extent.

We agree, we too have benefitted from this relatively new form of marketing medium. Having a digital strategy has helped us greatly complement our overall marketing strategy. But unfortunately, it isn’t the magic pill that everyone believes it to be. While there are many voices and champions supporting the advent of the digital revolution, we would like to put forth some points that offline marketing still has some legs to stand on which can’t be replaced by digital marketing for a long time to come. Here are some of the things we believe the traditional form of marketing still trumps over the digital medium and in some cases, by several degrees.

1. People don’t spend their lives inside their mobiles

Though it might surprise some, it is indeed a fact that people don’t spend their lives inside their mobiles. According to statistics, an average adult in a developed country (significantly less in developing countries) spends around 5.9 hours looking at their mobile phones, though high, it still accounts for just 30% of their waking hours. Leaving plenty of time to influence your customers through offline means.

With the exception of e-commerce websites, people primarily visit websites and apps to consume content. To make a lasting impression on them, your ad must compete with the content for which they are on the website for, which as an increasingly difficult thing to pull off. Building a significant offline presence can go a long way toward building your brand and having that personal connection with your customers.

In digital marketing, you have to compete for digital spaces and eyeballs with companies from all over the world and from across the industries. Even with a success leading to a high impression rate, it is not a guarantee that viewers would have paid any particular attention to your advertisement. This is a particular concern with digital advertising, where most people consider your advertisement as a necessary evil to get their desired content for free rather than something which would add value to their lives or business.

4. Easy to block you off

Adblockers are popular and are here to stay for a long time to come. Though adblockers don’t directly affect the revenue of the advertisers as it does to the content creators. They do contribute to the loss in the opportunity to make an impression on your potential customers. With offline marketing, there are no such issues and you are ensured of the required impressions of your targeted audience.

One often ignored fact in digital vs offline debate is the fact that there are limitations in the number of senses digital medium can engage. Digital marketers must work towards maximising their visual and rarely auditory impact to create the necessary impression on the minds of their target audience. With offline advertisement, marketers have much more freedom and options to make such a lasting impact on the minds of their target audience. 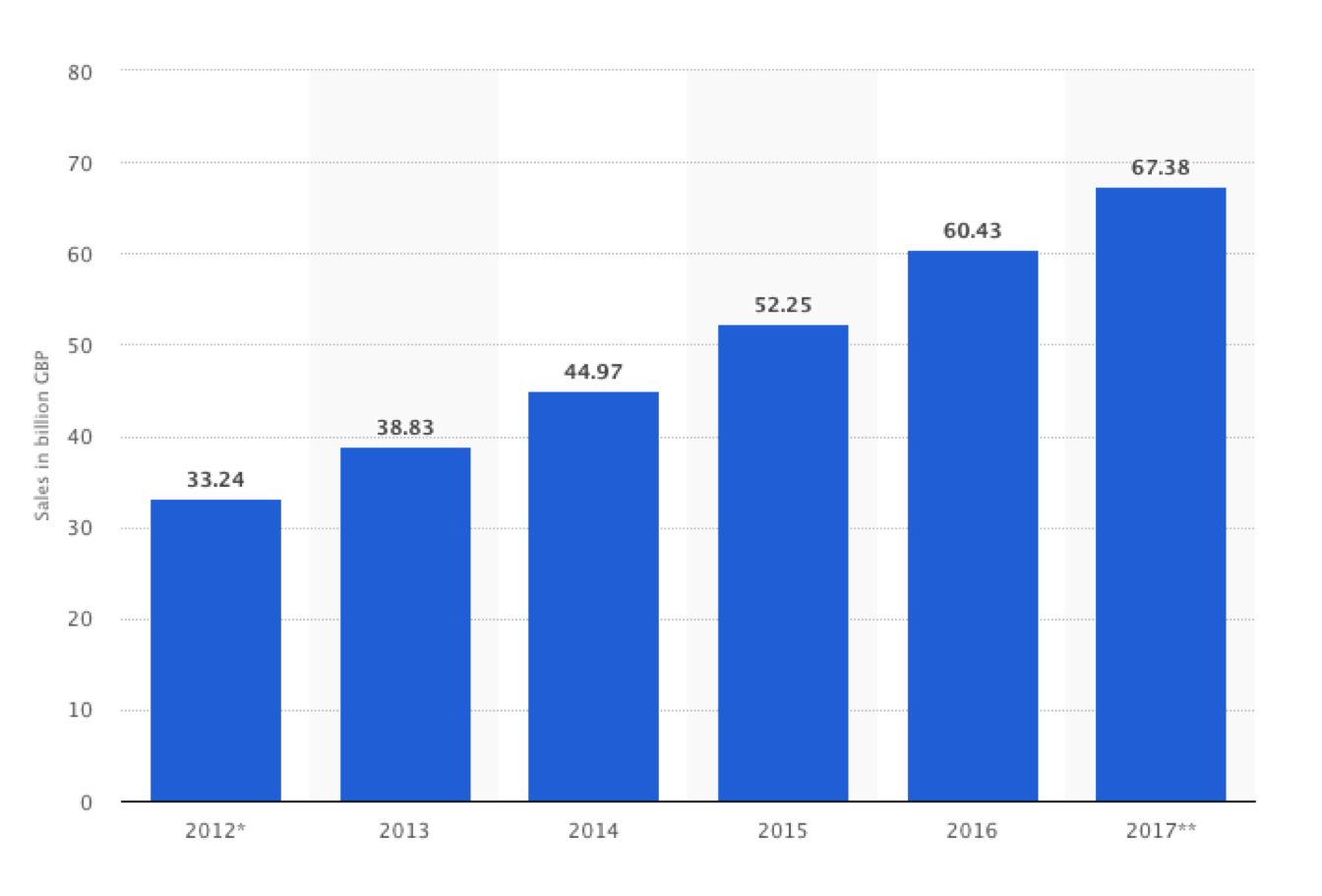 Outdoor Advertising is far from dead. In fact, it is evolving and expanding to include new avenues and spaces. Experiential Marketing is beginning to see a new vigour and growth by combining with technology, which has a higher Return on Investment than even high performing digital marketing channels such as Email Marketing and Social Media. When you think of outdoor advertisement, billboard advertisement might be the first thing that comes to your mind, but even this space is witnessing a revolution.

Ridesharing apps such as Ola, Uber and Bounce have seen tremendous growth which has led to a significant number of cabs and scooter throughout the urban areas in the country. To capitalise on such a large amount of visible marketing estate, they started selling these spaces to advertisers to showcase their brands. For Ola car advertisement and Uber brand advertisement, you can contact BrandOnWheelz, India’s most Trusted Car Advertising Company.

To reach out to people, Brands need to leverage various marketing channels and understand the best way to engage with them. For some, focusing solely on digital advertising channel might be the right move. But often, companies see their competitors take over by focusing on the wrong channels and spending a significant amount of time and money to make little impact on the market. Outdoor Marketing is far from dead, for some it might the best channel to market and engage with their customers. Digital Marketing is among the future, not the future. 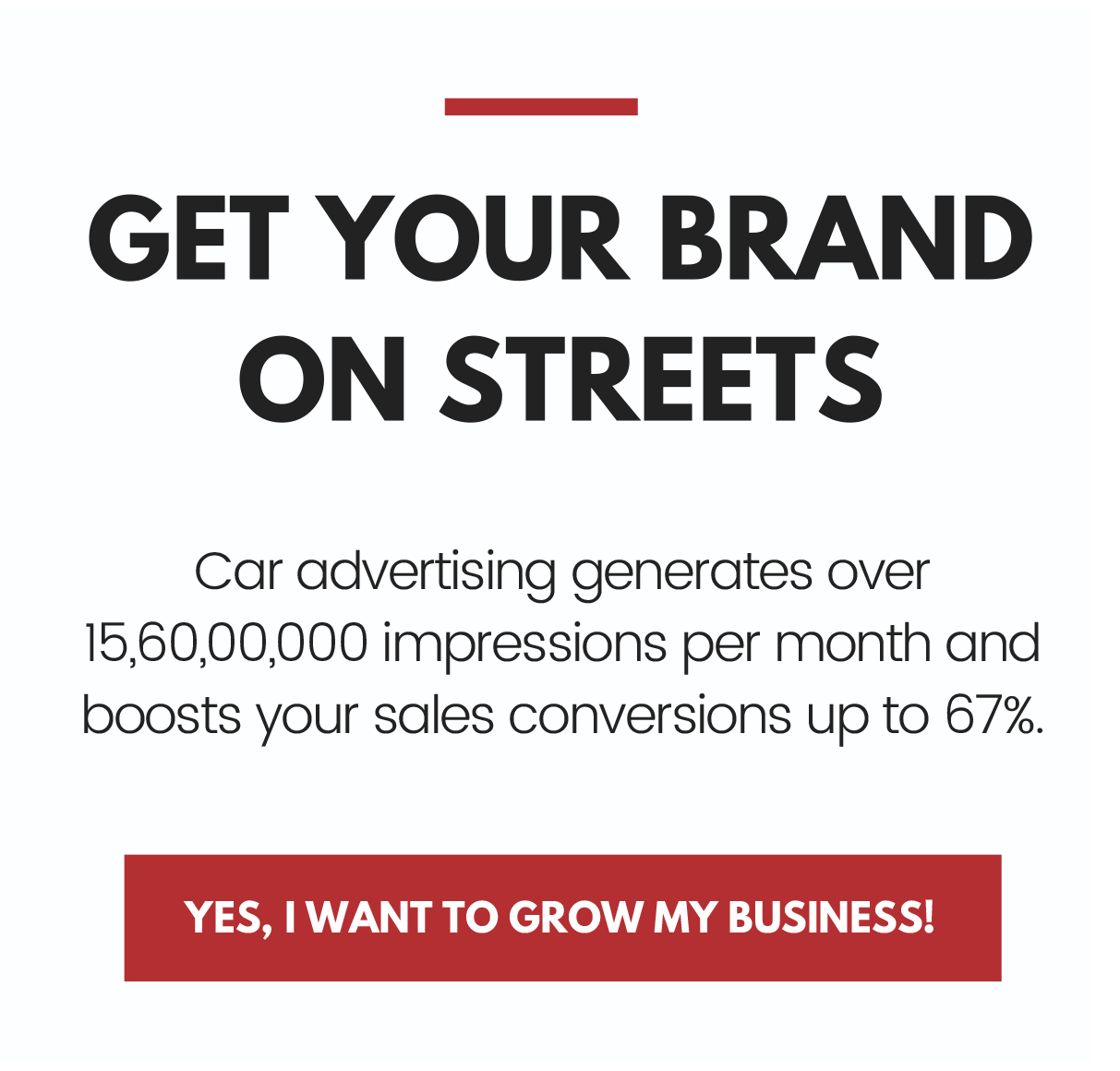 At BrandOnWheelz, we don’t just do the job- We succeed. With Highest Outdoor Brand Visibility Guarantee by us, We want to differentiate you from the competition and help you stand out like the star you truly are.